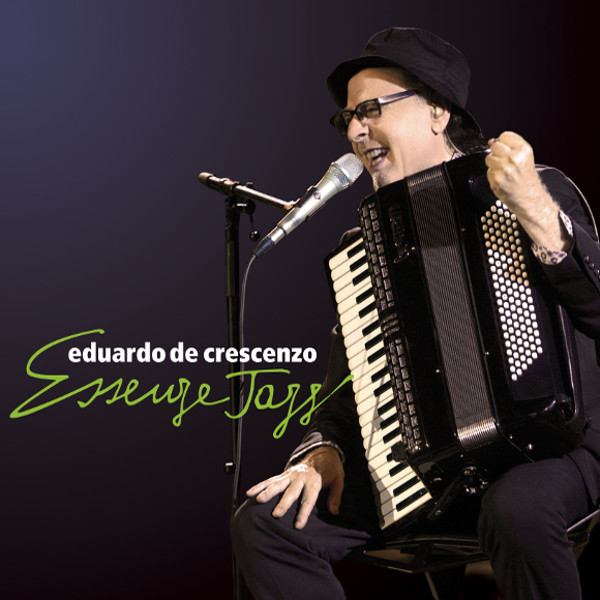 On November 12 will be released ESSENZE JAZZ, the new album by Eduardo de Crescenzo, on EmArcy-Universal. Fifteen classics come to live in jazz, with the new song première Non tardare. The album will be available on CD and digital download, and the iTunes version will include a live bonus track: Cosa c’è di vero, from the June 22 concert at in Ravello, Villa Rufolo.
An album that already in the title presents the new course of the great author, performer and musician, but maybe it’s just the natural landing of a thousand music lives of an artist who made his debut on stage – as an accordionist – when he was only five.
A natural talent – following cultivated through rigorous musical studies – which along the years merged with a legendary voice, with the expressiveness of the interpreter and a sophisticated and original musical curiosity. Eduardo de Crescenzo’s musical journey seems to tell his personal story with extraordinary consistency in this album, destined to become a cult of his discography for sure.
Non Tardare – intriguing as early as the unusual rhythm pattern – is the new song that opens the album, but so reinvented, “new” will also sound the fifteen classics Eduardo chooses from his vast repertoire.
Plus, the band. A very top-class one, with a high degree of “jazziness”: pianist Stefano Sabatini, who together with Eduardo, is the author of the arrangements; the brilliant saxophone of Daniele Scannapieco and the suasive one of Sandro Deidda; the rhythmic tandem, capable of glimpses of rare poetry, formed by an absolute master of the double bass named Enzo Pietropaoli with drummer Marcello Di Leonardo; Lamberto Curtoni on the cello, from the world of classical music; and of course the accordion, unmistakable signature of Eduardo’s sound.
Eduardo already went live to present this project to his public on stage, the place that best fits his expressiveness and personality, barely accustomed to the usual promotional containers. The right place to appreciate his art, the power of communication that captivates his audience. That’s why he decided to record this as a “studio live”, not to miss the warmth and spontaneity of the extemporaneous performances and interplay with the musician.
It’s about the atmosphere of jazz, the taste for improvisation, thus keeping that poignant emotion, his extraordinary ability to “play the voice,” bending it to the demands of both “the musician” and the “interpreter”.
The première of Essenze jazz was presented by International Music And Arts in 2012: on April 24 at the Blue Note in Milan; May 4 at the Casa del Jazz in Rome; June 11 at Teatro San Carlo in Naples.
And then in 2013: March 21 at the Teatro Sistina in Rome; June 22 at the Ravello Festival, Villa Rufolo (from this extraordinary stage suspended between heaven and earth come the album package shots); July 7 at Umbria Jazz, Teatro Morlacchi; 30 August at Ischia Jazz, Arena of Negombo.
Such not definitely random locations show that Essenze Jazz it’s not only the title of new album.
Eduardo himself thinks about this work almost as the start of a “third career”. A different approach with his complex and talented musicianship, always searching for non-standard spaces and places.